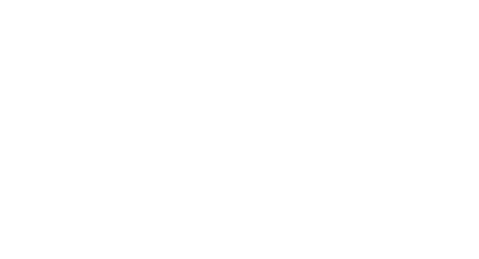 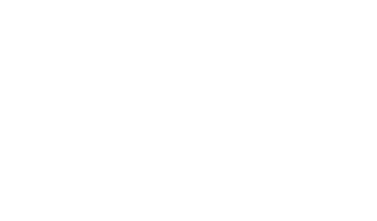 A MATERIALLY SUCCESSFUL YOUNG MAN, RIDDLED WITH ANXIETY EMBARKS ON A WORLD-WIDE JOURNEY OF SELF-INQUIRY. FROM THE STREETS OF NY, TO THE STILLNESS OF THE GANGES, AND DEEP INTO THE JUNGLES OF PERU, HE IMMERSES HIMSELF IN MEDITATION, SELF-INQUIRY, AND PLANT MEDICINE WHILST CONVERSING WITH TOP EXPERTS LIKE RUSSELL BRAND, ALEX GREY, GRAHAM HANCOCK, JOSEPH GOLDSTEIN, RUPERT SPIRA, SRI PREM BABA, ZELDA HALL, AND MORE TO FIND THE ROOT CAUSE OF THE PROBLEM AND LEARN HOW TO FINALLY FIND FREEDOM FROM HIS CRIPPLING ANXIETY. HE FINDS ANSWERS TO WHY A PERSON WHO SEEMINGLY HAS IT ALL CAN CONTINUE TO SUFFER FROM DEBILITATING PANIC ATTACKS, WHILST RECOGNIZING THE BEAUTY AND POWER THAT LIES WITHIN EACH OF US, IF WE ARE WILLING TO GO THERE. LET YOUR JOURNEY BEGIN WITH CHASING THE PRESENT. 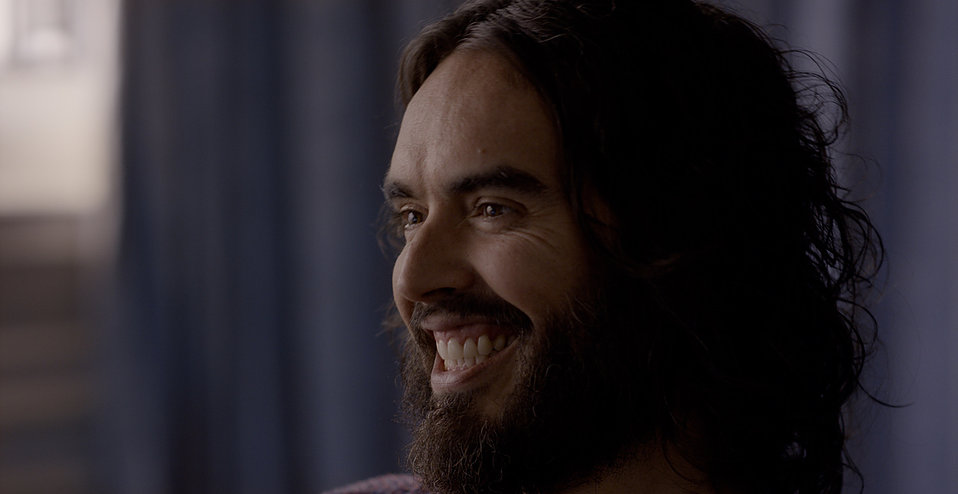 RUSSELL BRAND IS A COMEDIAN, AUTHOR AND ACTIVIST WITH A UNIQUE ABILITY TO TRANSLATE SPIRITUAL METHODS INTO RELATABLE TERMS USING MODERN LANGUAGE AND HUMOUR. THE CURRENT TRANSFORMATION OF HIS OWN LIFE, IS AN INSPIRATION TO MANY, WHO HAVE STRUGGLED WITH ADDICTIONS. 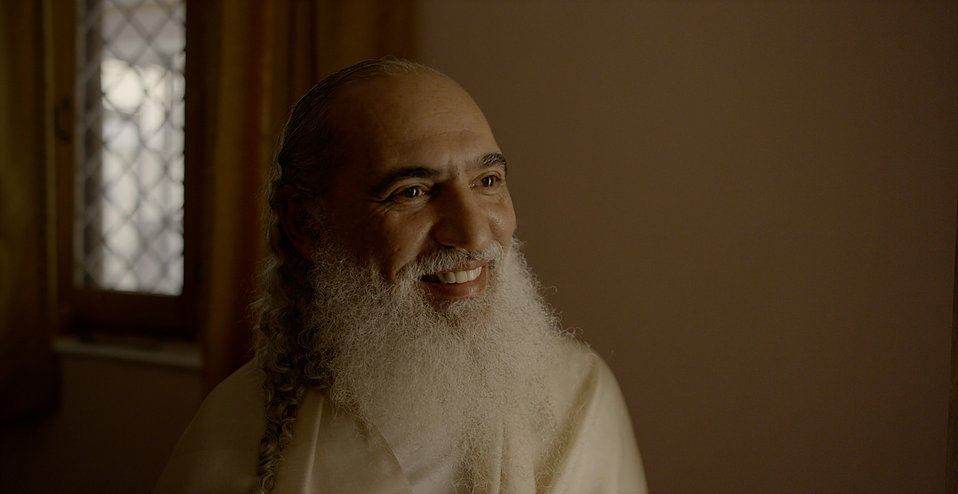 PREM BABA IS A SPIRITUAL MASTER. HE WAS BORN FIFTY YEARS AGO IN SÃO PAULO, BRAZIL TO A LOWER-MIDDLE CLASS FAMILY AND WAS BAPTISED IN THE CATHOLIC CHURCH AS JANDERSON FERNANDES. AT AGE THIRTY-SIX HE WAS RECOGNIZED BY HIS GURU IN INDIA, MAHARAJ JI, AS A MASTER OF THE SACCHA LINEAGE. PREM BABA NOW HAS THOUSANDS OF DISCIPLES FROM COUNTRIES ALL OVER THE WORLD. 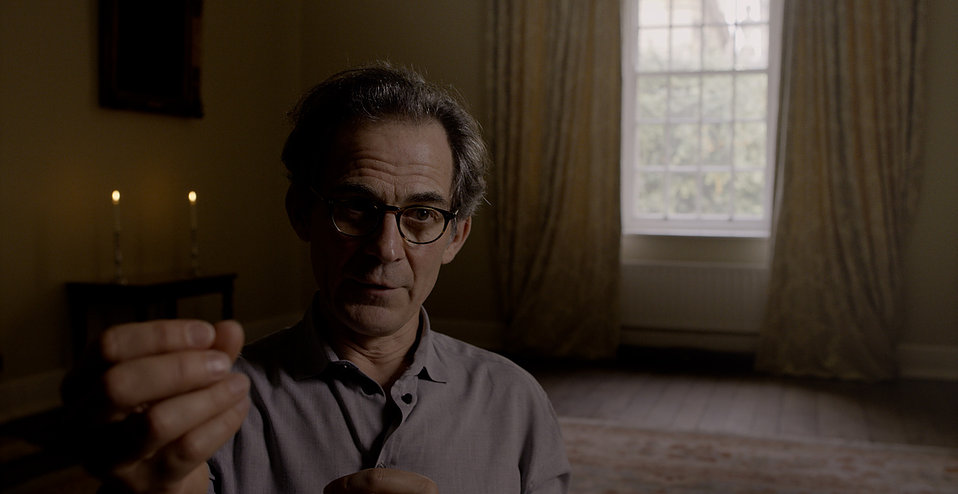 RUPERT SPIRA IS AN INTERNATIONAL TEACHER OF THE ADVAITA VEDANTA DIRECT PATH METHOD OF SPIRITUAL SELF-ENQUIRY THROUGH TALKS AND WRITING, AND A NOTABLE ENGLISH POTTER AND STUDIO POTTER WITH WORK IN PUBLIC AND PRIVATE COLLECTIONS. 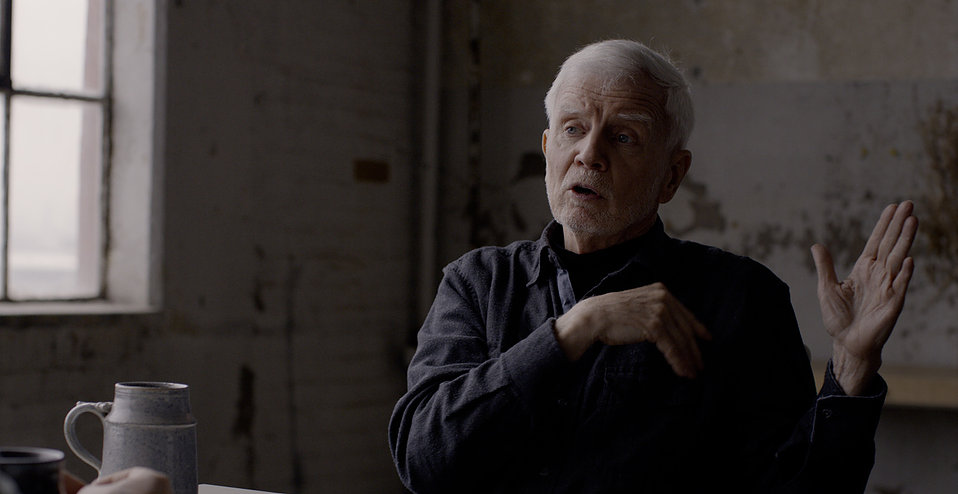 GARY WEBER HAS PRACTISED ZEN MEDITATION, YOGA AND PHILOSOPHY FOR MORE THAN 45 YEARS IN NUMEROUS SCHOOLS WHILE HAVING A FAMILY AND A SUCCESSFUL CAREER IN RESEARCH INSTITUTIONS AND ACADEMIA. 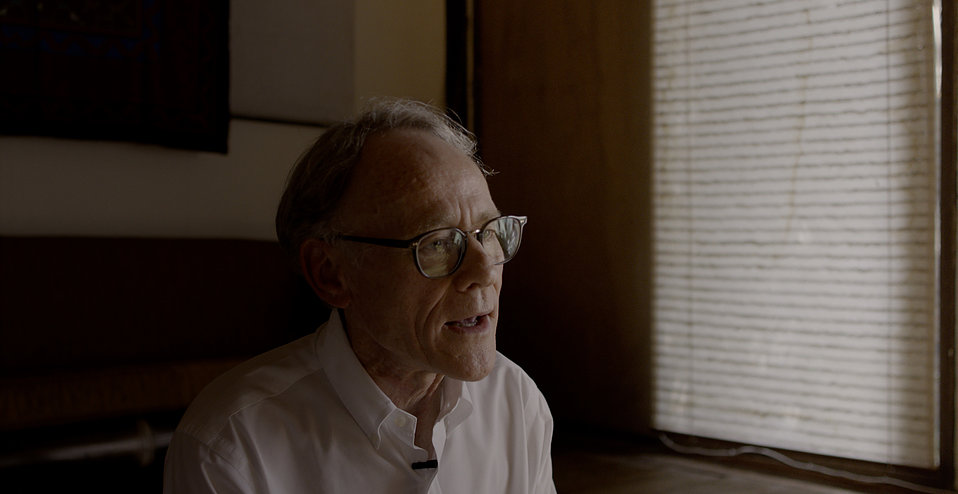 GRAHAM BRUCE HANCOCK IS A BRITISH WRITER AND JOURNALIST. HANCOCK SPECIALISES IN THEORIES INVOLVING ANCIENT CIVILISATIONS, EARTH CHANGES, STONE MONUMENTS OR MEGALITHS, ALTERED STATES OF CONSCIOUSNESS, ANCIENT MYTHS, AND ASTRONOMICAL OR ASTROLOGICAL DATA FROM THE PAST. 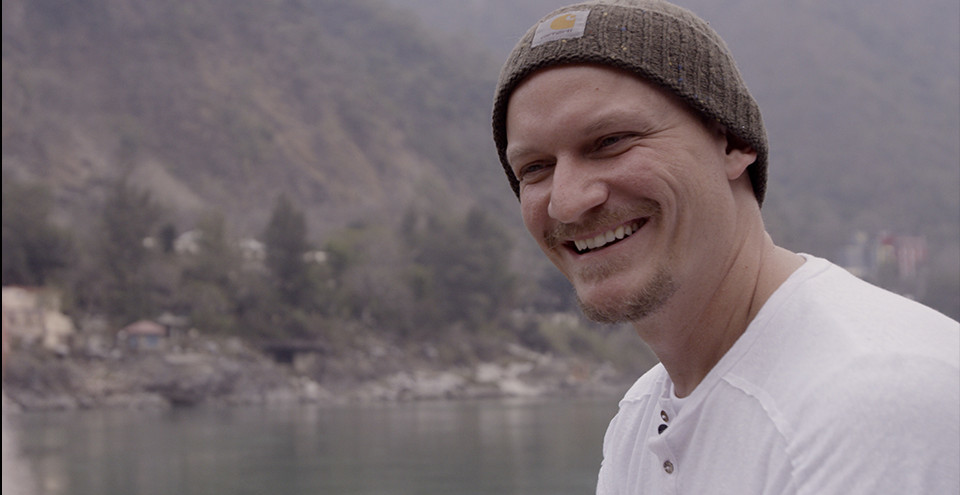 JAMES SEBASTIANO IS A MARKETING EXPERT, CONSCIOUS ENTREPRENEUR, PASSIONATE ABOUT ETHICAL AND ENVIRONMENTALLY SUSTAINABLE BUSINESS AND HAS A BA IN PSYCHOLOGY FROM THE UNIVERSITY OF COLORADO. 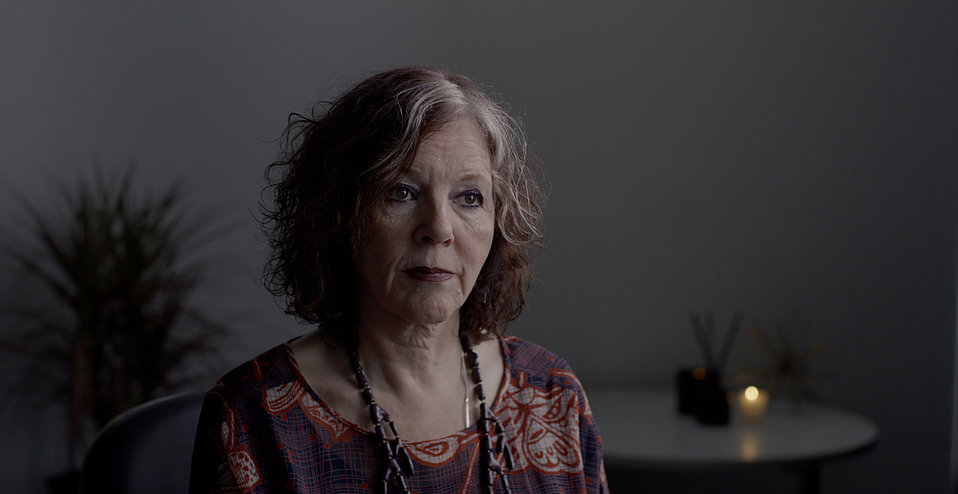 ZELDA IS A PSYCHOLOGIST AND THERAPIST, BORN AND BROUGHT UP IN NORTHERN IRELAND. HER BELIEF IS THAT THE TASK OF A THERAPIST IS TO PROVIDE GUIDANCE TO HELP HEAL THE WOUNDS FROM THE PAST AND CONFIRMING ONE'S OWN ABILITY TO MEET THE CHALLENGES WITH WHICH LIFE PRESENTS. SHE CURRENTLY LIVES AND WORKS MAINLY IN AMSTERDAM, AND PROVIDES LECTURES AND WORKSHOPS INTERNATIONALLY. 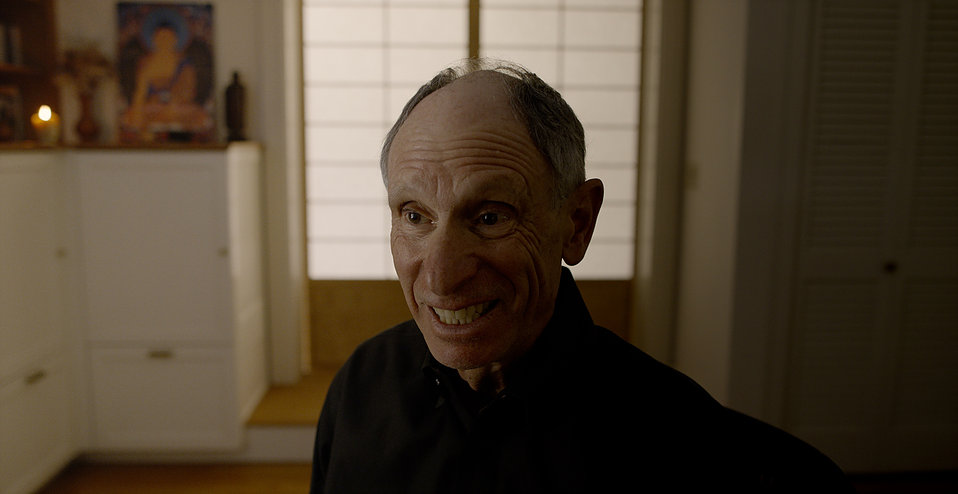 JOSEPH GOLDSTEIN IS ONE OF THE FIRST AMERICAN VIPASSANA TEACHERS, CO-FOUNDER OF THE INSIGHT MEDITATION SOCIETY WITH JACK KORNFIELD AND SHARON SALZBERG, CONTEMPORARY AUTHOR OF NUMEROUS POPULAR BOOKS ON BUDDHISM, RESIDENT GUIDING TEACHER AT IMS, AND A LEADER OF RETREATS WORLDWIDE ON INSIGHT AND LOVING KINDNESS MEDITATION. 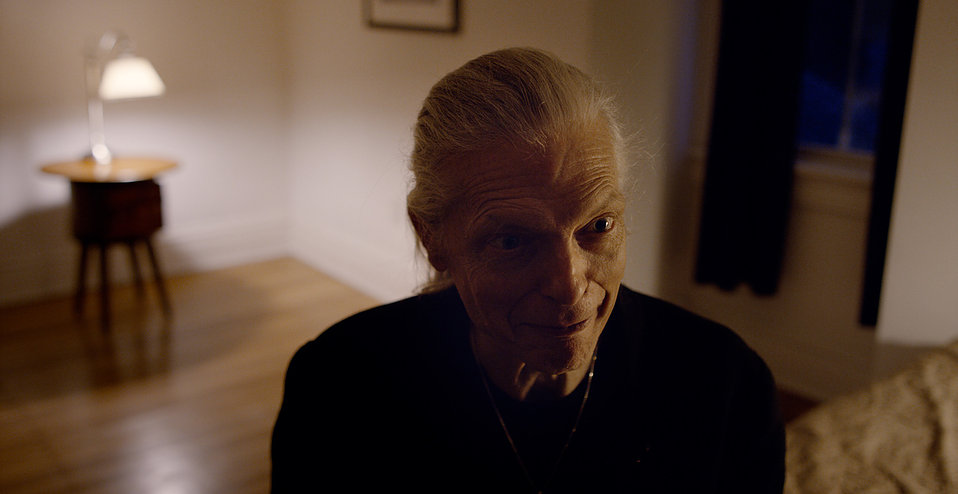 ALEX GREY IS AN AMERICAN VISIONARY ARTIST, AUTHOR, TEACHER, AND VAJRAYANA PRACTITIONER. HIS BODY OF WORK SPANS A VARIETY OF FORMS INCLUDING PERFORMANCE ART, PROCESS ART, INSTALLATION ART, SCULPTURE, VISIONARY ART, AND PAINTING. GREY IS A MEMBER OF THE INTEGRAL INSTITUTE. 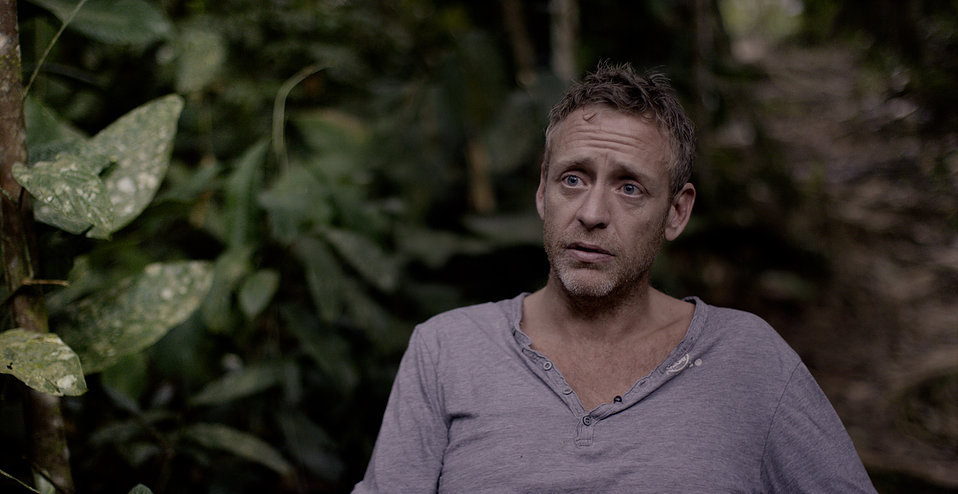 SINCE 2007, MATTHEW HAS IMMERSED HIMSELF IN LEARNING ABOUT THE TRADITIONAL MEDICINE OF THE AMAZON AND RECOGNIZES ITS SIGNIFICANT POTENTIAL AS A HEALTHCARE SYSTEM THAT CAN SUCCESSFULLY ADDRESS MANY MODERN ISSUES, ESPECIALLY MENTAL AND EMOTIONAL HEALTH PROBLEMS. HE HAS UNDERGONE A DEEP PERSONAL HEALING JOURNEY SINCE ARRIVING IN THE AMAZON, HAS APPRENTICED WITH THREE HEALERS AND IS DEEPLY COMMITTED TO ENSURING THAT THE ANCIENT MEDICAL TRADITIONS OF THE AMAZON ARE HONOURED AND RESPECTED. 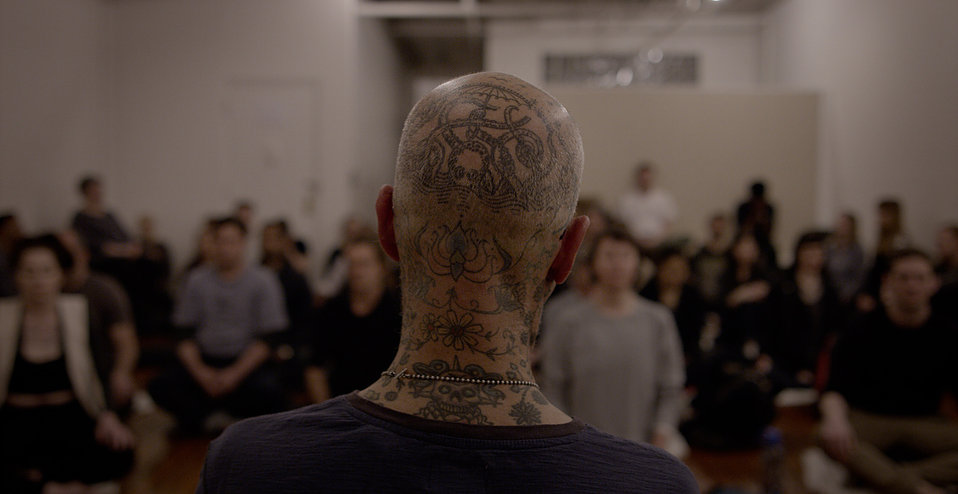 JOSH KORDA HAS BEEN THE DHARMA TEACHER AT THE NEW YORK AND BROOKLYN DHARMAPUNX MEETINGS SINCE 2005, HAS A LARGE SPIRITUAL COUNSELING PRIVATE PRACTICE, AND HAS WRITTEN FOR THE BUDDHIST MAGAZINES SHAMBHALA SUN, TRICYCLE AND BUDDHADHARMA. HE IS THE AUTHOR OF THE BOOK 'UNSUBSCRIBE' AND HAS HAD PROFILE FEATURES IN THE NEW YORK TIMES, VILLAGE VOICE AND CBS NEWS (INTERVIEWED BY DR. JON LAPOOK). FOR OVER 10 YEARS JOSH HAS ALSO GIVEN TALKS AT ZENCARE.ORG, A NON-PROFIT ORGANIZATION THAT TRAINS HOSPICE VOLUNTEERS. 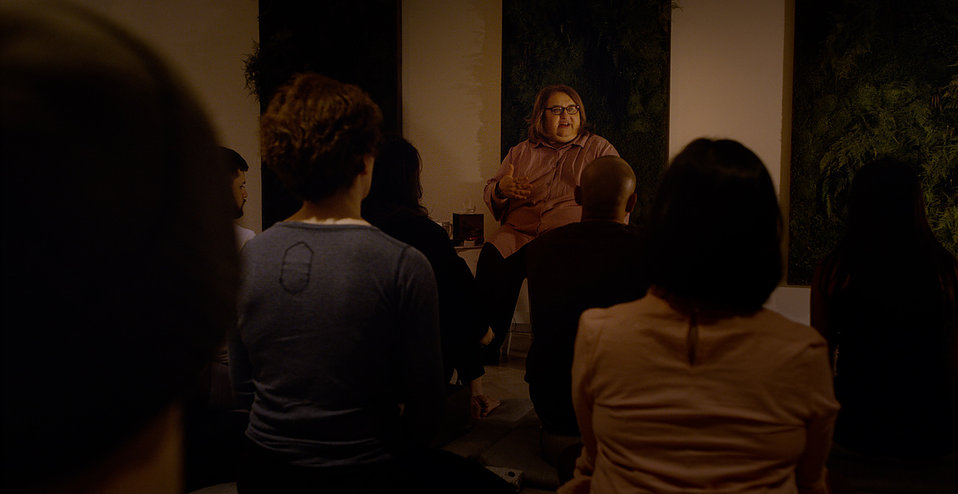 SHARON SALZBERG IS A NEW YORK TIMES BEST-SELLING AUTHOR AND TEACHER OF BUDDHIST MEDITATION PRACTICES IN THE WEST. IN 1974, SHE CO-FOUNDED THE INSIGHT MEDITATION SOCIETY AT BARRE, MASSACHUSETTS WITH JACK KORNFIELD AND JOSEPH GOLDSTEIN. 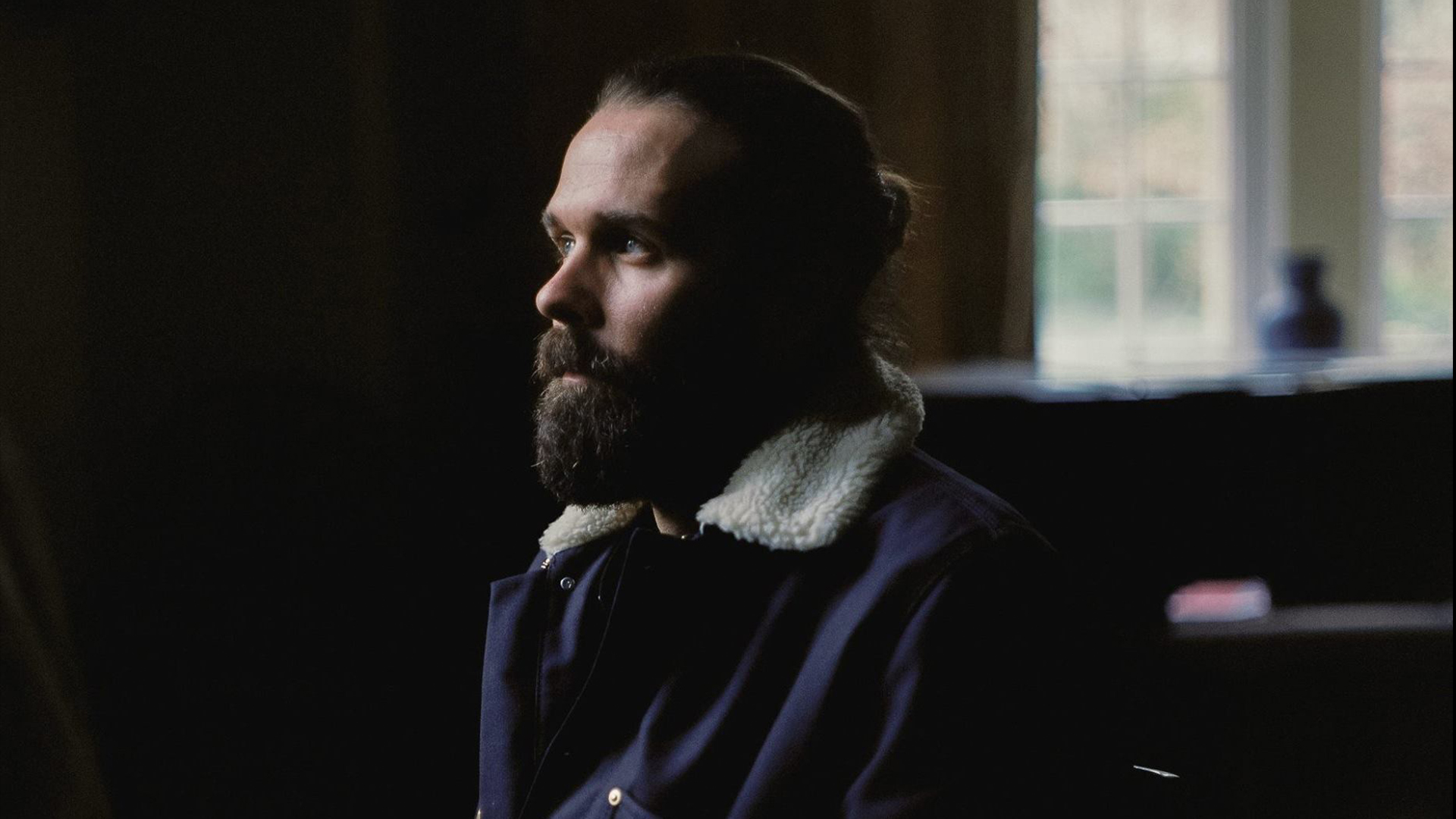 PRODUCER / DIRECTOR / CINEMATOGRAPHER
In 2015 Mark independently completed his first feature film, “The Salt Trail” – A philosophical portrayal, of those who fearlessly choose to travel outside the comforts of modern society. “The Salt Trail”, was awarded for best film, best cinematography and viewers choice at many of the international surf film festivals for the following three years. The early years of his career, were spent developing his skills in the xtreme sports industry. Clients such as Red Bull, gave him the opportunity to frame the lives of the most extreme athletes on the planet. Over the past decade, Mark has travelled to around 50 countries working on numerous documentaries, passionately sharing voices from all walks of life. 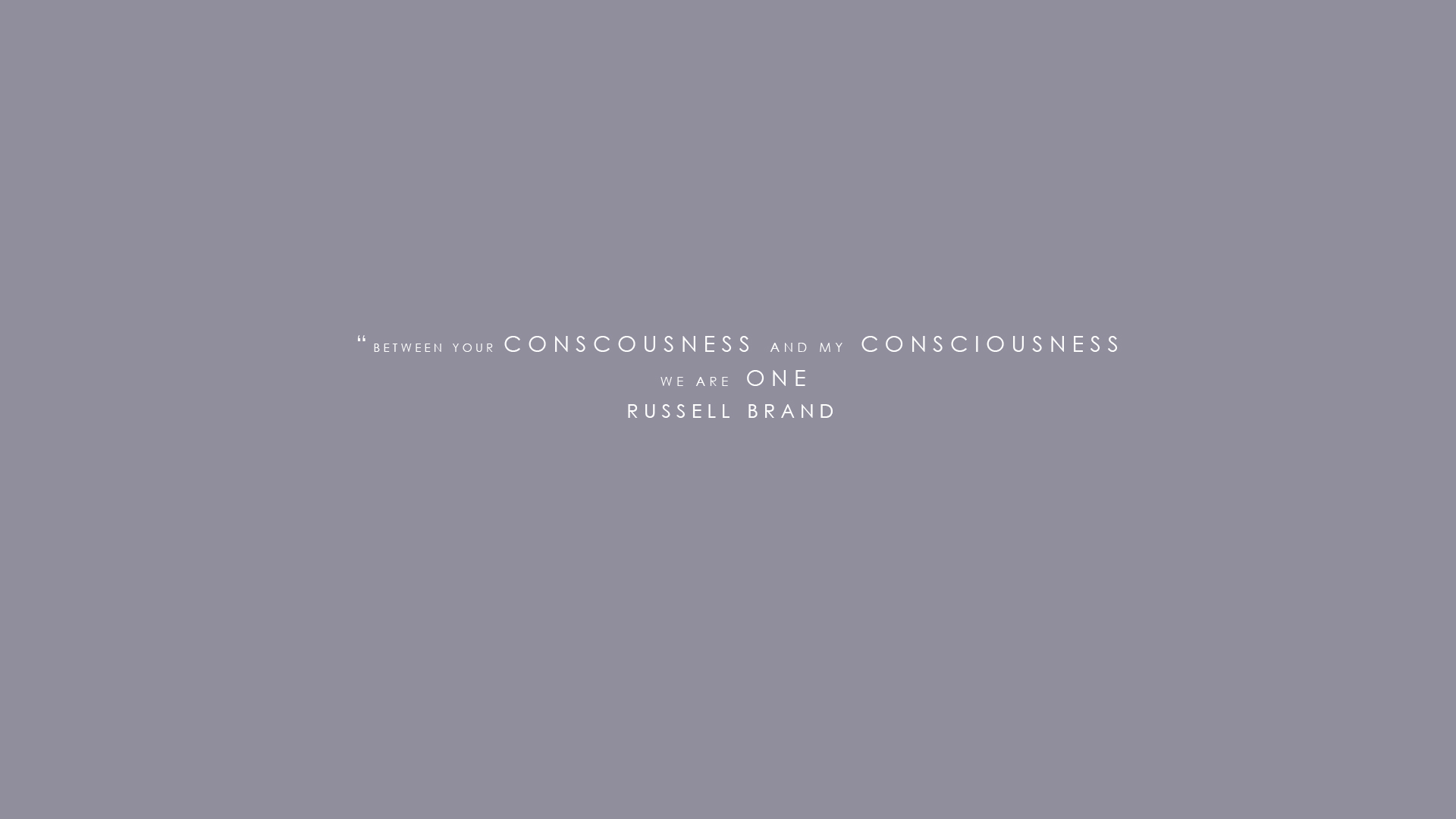 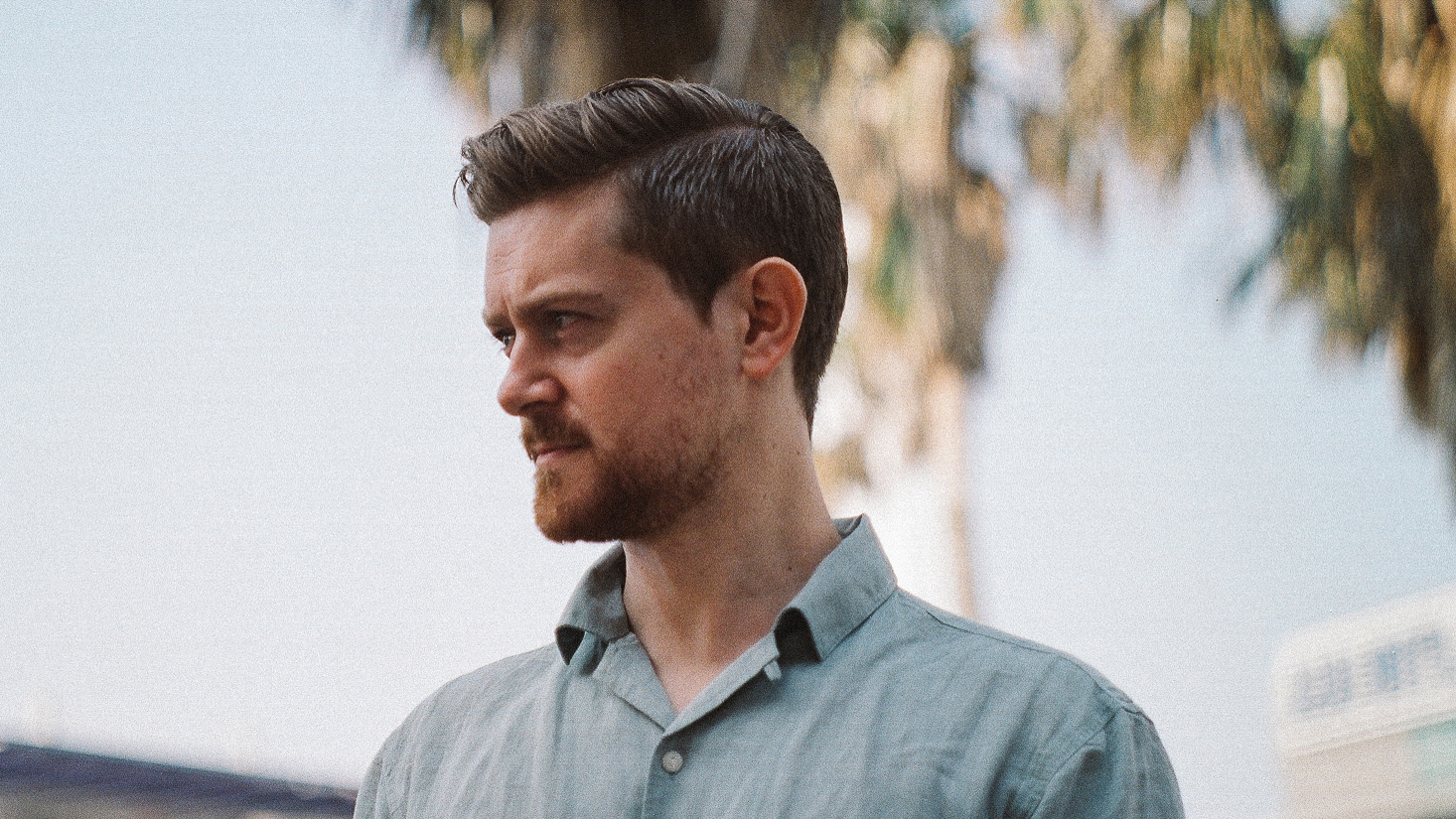 CINEMATOGRAPHER / ASSOCIATE PRODUCER
Mike has always had a deep passion for cinema and a love of visual art. From the first photo he took as a child on a homemade pinhole camera to shooting a feature-length documentary on a Red, he has always found inspiration and peace in Images. His passion for filmmaking has taken him all over the world and he has worked in a wide variety of genres including travel, music, documentary, commercial and charity projects. 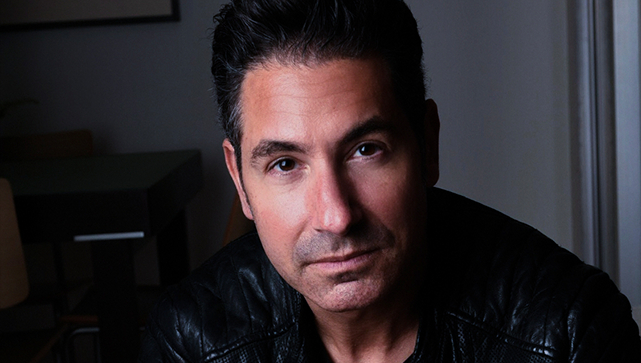 CONSULTING PRODUCER
A LAWYER-TURNED-CHARITY MATCHMAKER, TODD KRIM, LEFT HIS SUCCESSFUL LAW PRACTICE TO PURSUE A HIGHER CALLING. OVER THE PAST 18 YEARS TODD, KNOWN IN HOLLYWOOD CIRCLES AS “MR. CHARITY,” HAS BECOME THE ENTERTAINMENT INDUSTRY’S GO-TO PERSON FOR CHARITIES LOOKING TO CONNECT WITH CELEBRITIES AND VICE VERSA. HE'S FOSTERED PARTNERSHIPS BETWEEN COUNTLESS NONPROFITS AND CELEBRITIES, ADVISED FOR-PROFIT COMPANIES ON SOCIAL IMPACT CAMPAIGNS, AND PRODUCED WIDELYPUBLICIZED CHARITY EVENTS INCLUDING RICHARD BRANSON’S VENEZUELA AID LIVE IN COLOMBIA AND THE UNITED NATIONS’ PLAY IT OUT MUSIC FESTIVAL IN ANTIGUA. HE HAS CREATED IMPACTFUL SOCIAL MEDIA CAMPAIGNS SUCH AS THE WORLD IS IN OUR HANDS BENEFITING UN ENVIRONMENT AND FEATURING ANTONIO BANDERAS, SUSAN SARANDON, JOAQUIN PHOENIX, RAINN WILSON, TO NAME A FEW. HIS CLIENTS INCLUDE UN AGENCIES SUCH AS THE UNITED NATIONS DEVELOPMENT PROGRAMME, PRIVATE FAMILY FOUNDATIONS AS WELL AS LARGE, INTERNATIONAL NON-PROFITS LIKE SMILE TRAIN, WORLD VISION, GATEWAY FOR CANCER RESEACH, AND MANY OTHERS. TODD ALSO TAKES THE TIME TO SHARE VALUABLE INSIGHTS AT CONFERENCES WITH NOTABLE ORGANIZATIONS SUCH AS THE CENTER FOR NONPROFIT MANAGEMENT AND THE GIVING BACK FUND. HE HAS BEEN FEATURED IN MAJOR MAGAZINES AND MEDIA OUTLETS INCLUDING CBS SUNDAY MORNING, ENTERTAINMENT TONIGHT, USA TODAY, THE NEW YORK TIMES, THE CHRONICLE OF PHILANTHROPY, VARIETY AND THE HOLLYWOOD REPORTER. HE RECENTLY LAUNCHED A NEW ENTERTAINMENT CHARITY INITIATIVE CALLED CHAT4GOOD WHICH UNITES FANS WITH WORLD-REKNOWNED ACTORS, MUSICIANS, ATHELETES AND ICONS SAFELY AND SECURELY ONLINE, ALL IN THE NAME OF CHARITY. TODD ALSO HAS A FOUNDATION CALLED DREAM DAY WHOSE MISSION IS TO BRING MUSIC AND ARTS TO CHILD REFUGEES AROUND THE WORLD. 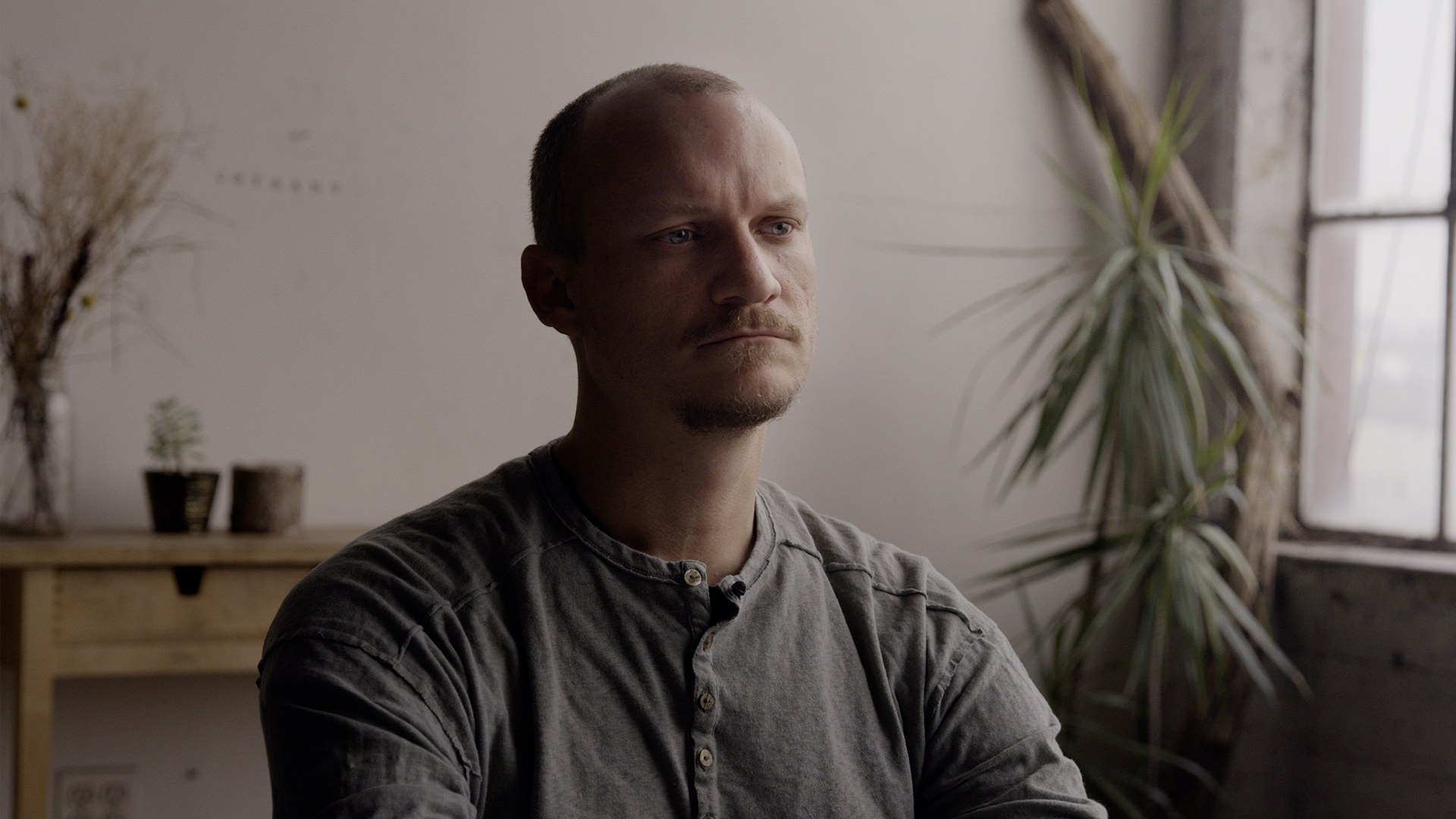 PRODUCER / PROTAGONIST
After struggling with addictions and mental health issues, James decided to make a change. “Chasing the Present”, documents this process, a journey of self-discovery that gave him the opportunity to question the nature of his suffering and ways to break free from his addictive patterns. He is now dedicating his life to facilitating change, by way of healthy restaurants and Yoga Studios. He is also a qualified Yoga teacher and currently studying psychology at the University of Colorado. 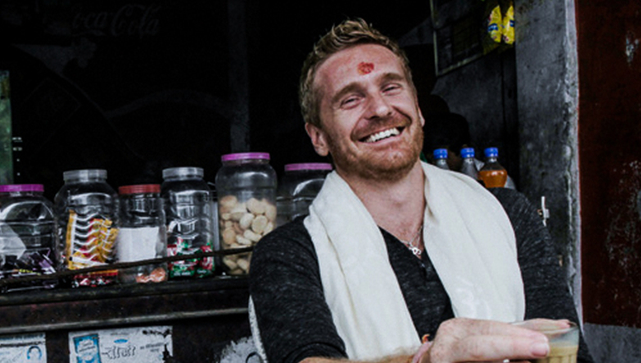 DISTRIBUTION PRODUCER
ADAM SCHOMER IS THE PRESIDENT OF I2I PRODUCTIONS AND IS KNOWN FOR GOING TO EXTREME LENGTHS TO FOLLOW STORIES THAT EMPOWER US. FEATURE DOCUMENTARIES INCLUDE THE HIGHEST PASS (2012), THE POLYGON (2014), ONE LITTLE PILL (2015). WOMEN OF THE WHITE BUFFALO (2020) AND THE #1 ITUNES BEST-SELLER AND NETFLIX HIT, HEAL (2017). ADAM CREATED AND DIRECTED THE STUNNING DOCUSERIES, THE ROAD TO DHARMA (2020) AND ITS COMPANION ONLINE COURSE FOR LIVING A LIFE OF FREEDOM. IN ADDITION TO FILM, HE’S A CERTIFIED MASTER SATTVA YOGA TEACHER, HAS BEEN LEADING MEDITATIONS FOR OVER 11 YEARS, AND HIS MISSION IS TO UNITE THROUGH WISDOM AND ENTERTAINMENT: wWW.LIVINGI2I.COM 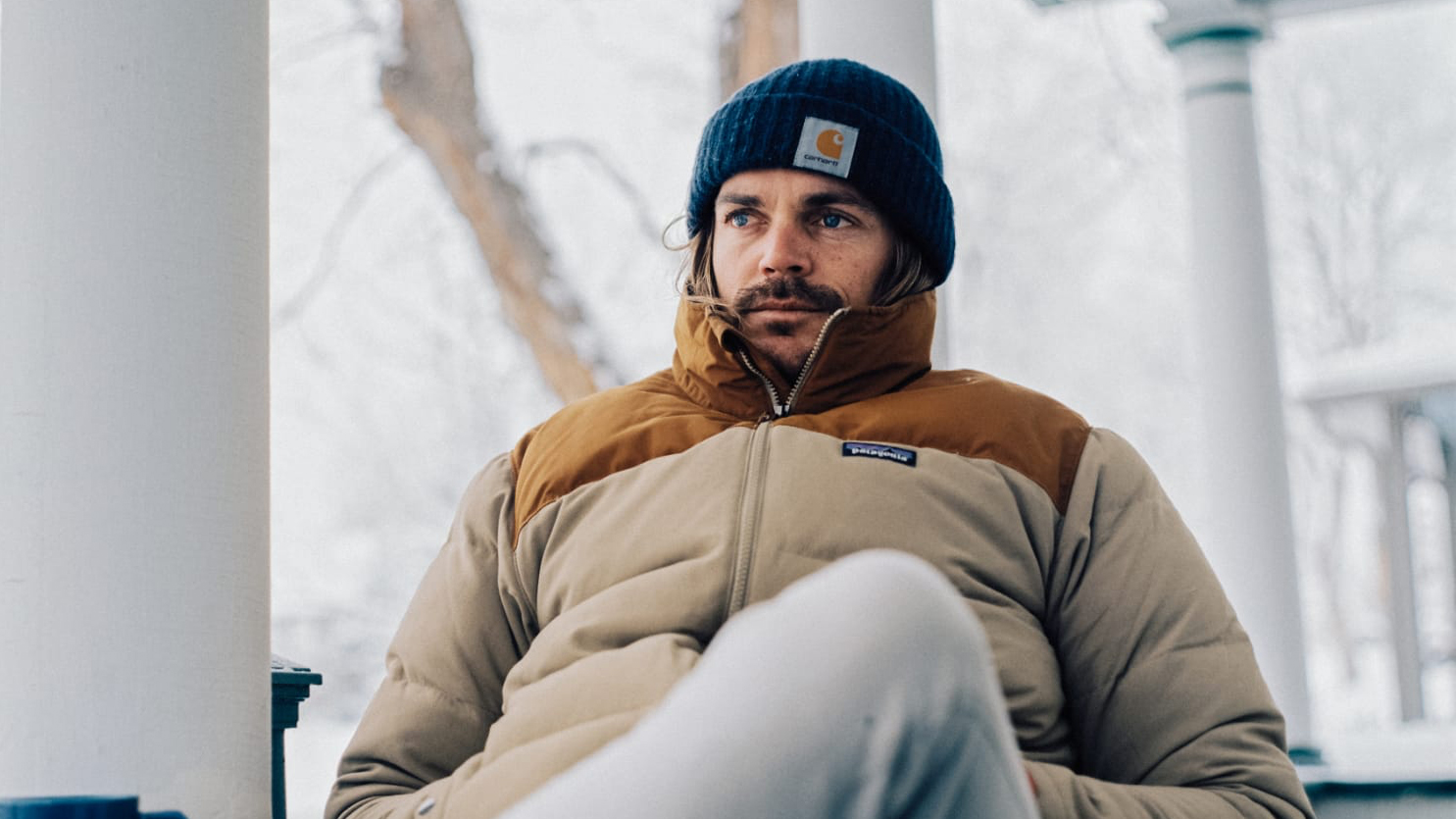 Daniel spent most of his life pursuing his dream of becoming a professional athlete but life had other plans. A career ending injury, stopped him in his tracks and left him with no goals, no dreams, and most importantly - no identity. In this state of sheer panic, he felt as though he had no other option other than to set off in search for answers. With his sound engineering skills, and attention to detail, Daniel became the perfect candidate to join the team as the sound recordist. 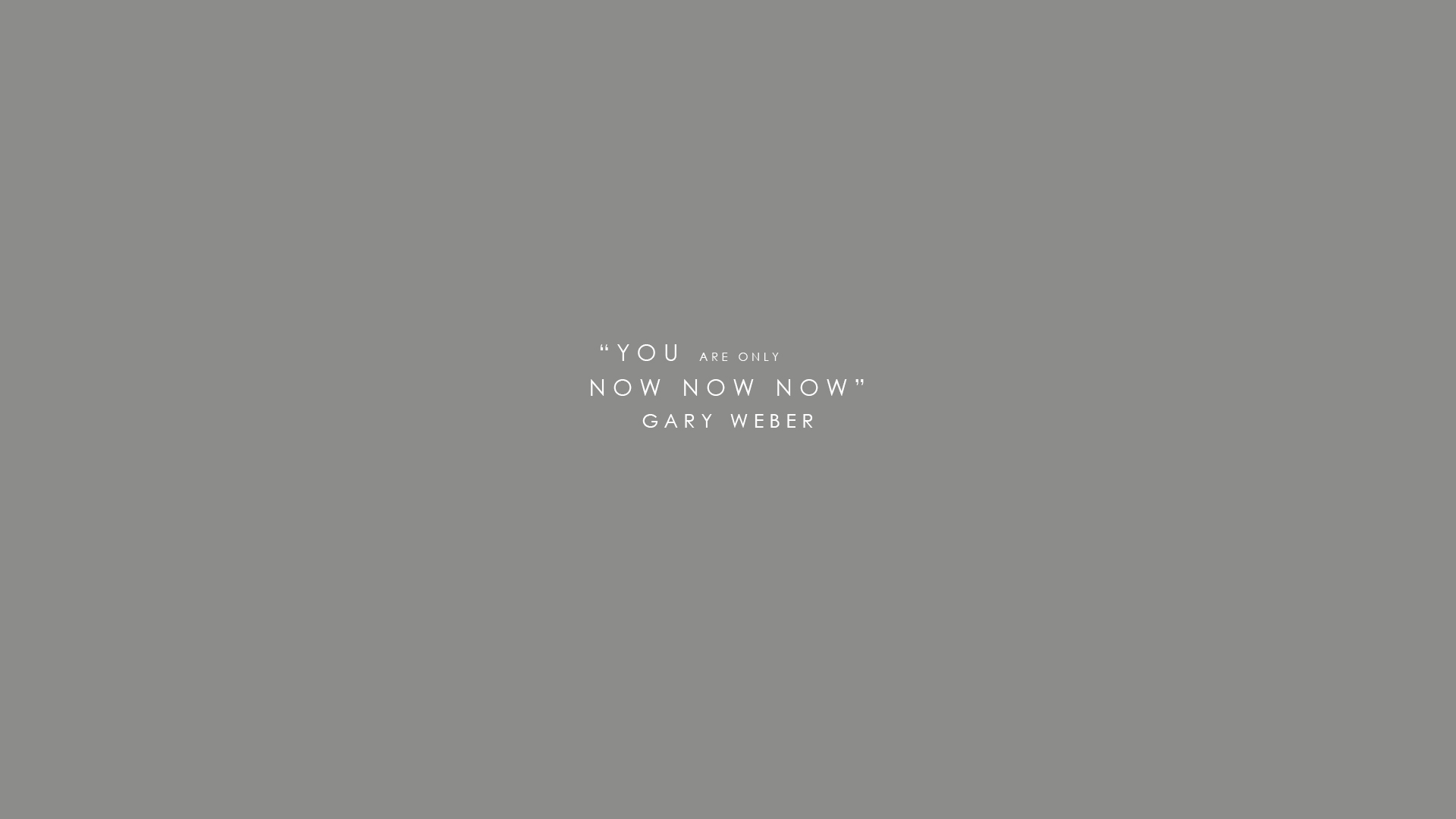 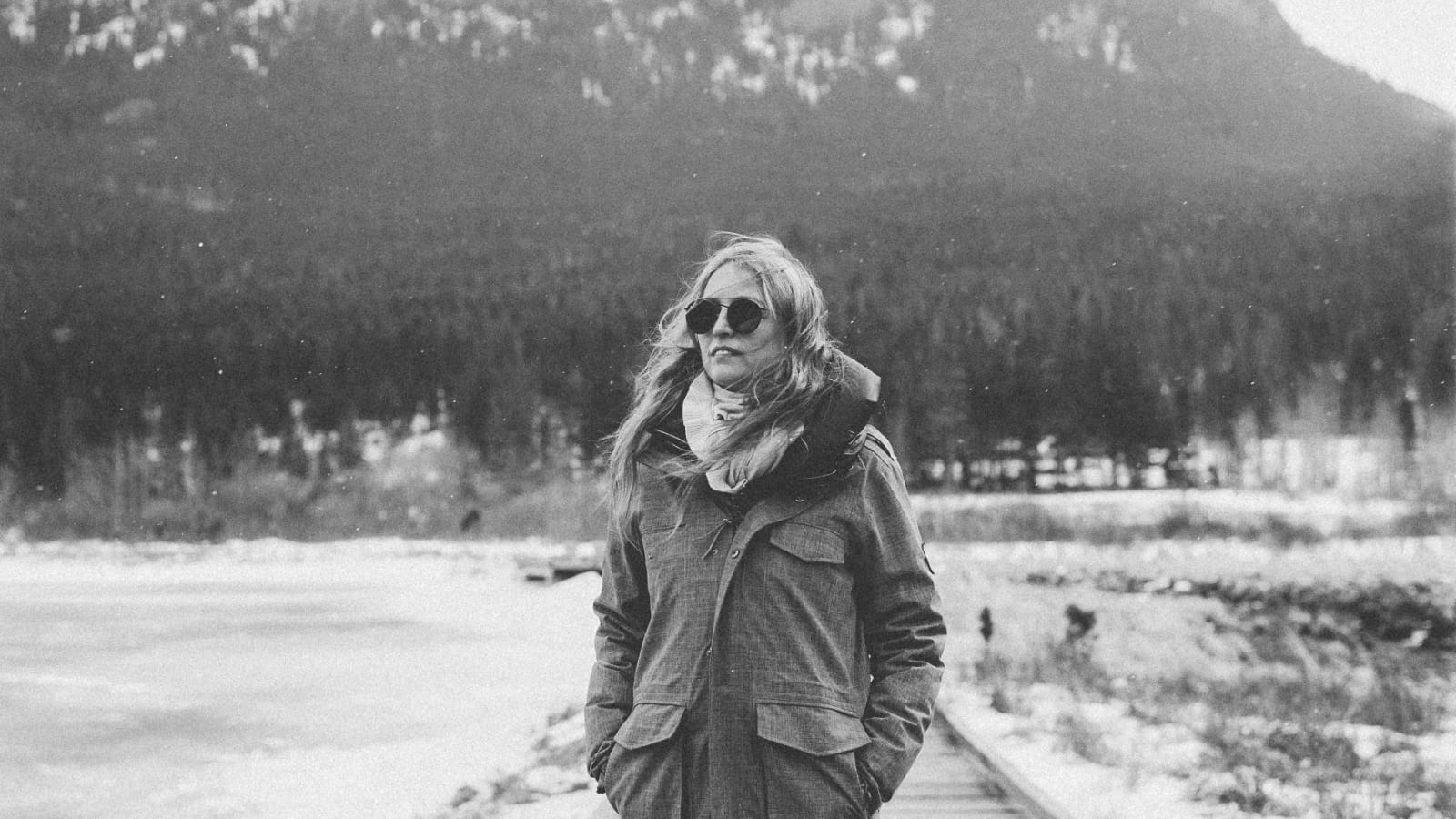 PRODUCER
Anna Kolber is a graduate of the London Film Academy and has worked in production in LA, London, Sweden and New York. She has held positions with global companies such as Shine Endemol, All3Media, TV and Prophets. She has also created content for clients including NBC, Netflix, Tru TV, MTG, Apple, Cadillac, GMC and Dior. After her own personal struggles, she changed her life’s focus and now dedicates her career to making content that she feels matters, including - Netflix’s documentary "Grass is Greener", Quest for Beauty", "Breadhead" and "Sweetening the Pill".